These days I don’t dress up that often.

My commute is a swift walk down the hall in my pyjamas. My only colleague is our dog, Pamplemousse, and most meetings take place via Skype, which means I’m an expert at looking super smart from the neck up.

But last week I had a client meeting in the big city – so I did something I haven’t done in a quite a while.

As I left the house I felt smart and sophisticated. My shiny girl shoes finished off my look perfectly. I enjoyed the satisfying click of heels on the pavement and blended in perfectly with the other female corporate types on the short walk to my client’s office.

During the meeting I surreptitiously kicked off my heels under the desk. This was a mistake. The meeting went well and no one noticed when later I bent to slip my shoes back on.

Perhaps in silent protest my feet had swelled up two sizes while I was talking. As I struggled to keep a smile on my face, I forced my now giant fleshy feet back into the shoes, biting down to stop a yelp of pain erupting from me as I said my goodbyes.

When I stood up the pain really began.

Then burning pain as the skin was slowly chafed from both my heels.

As I winced back towards the station, each step caught my breath with searing agony. I had to change trains on the way back, and the sight of me shuffling in a bizarre tiptoe of torture produced confused looks from the male commuters and looks of sorrowful compassion from the other women.

Waiting for the next train. I bravely removed one shoe to see that my heel was now red raw. My fabulous heels had rubbed away pretty much down to the bone. All that remained was a thin flap of useless skin.

I had no choice but to go barefoot.

Now usually the thought of a barefooted woman evokes images of beautiful hippies running through daisy-filled fields in the sunshine.

But at a station on a rainy Wednesday there was nothing beautiful or free love about bare feet.

They say there are more germs in a bowl of bar snacks that in a men’s urinal; well, I think a train platform beats that. Manolo knows what I stood in that day. I didn’t look down. If I had, I think I’d have had to have my feet surgically removed.

I arrived home a broken woman, my soles black, my temper blacker. When my 3 year-old son asked if I had a hurty foot, it was all I could do not to cry.

Later as I wrapped my tattered toes in bandages I asked myself: 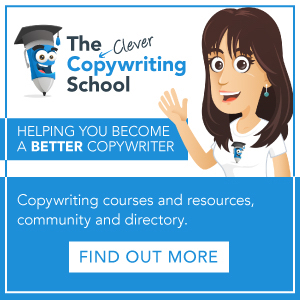 It’s not like I’m really the shoey type, with a wardrobe of perfect pumps for every occasion. I have five or so pairs of posh lady shoes that I keep for special occasions and spend most of my time in thongs.

I know that high heels are bad for your posture, bad for your feet (hello, bunions) and one of the biggest reasons that women visit Accident and Emergency. (Ever slipped off the curb in six inchers? It gives childbirth a nod in the pain stakes.)

Our calf muscles go rigid. Our bums stick out absurdly and our breasts thrust forward in pornesque pose.

Heels make us walk with a foolish teetering step. We can’t run for the bus. We can’t cross the road at any speed. Climbing up stairs is a challenge. Tackling a downhill is life-threatening. They’re expensive, prone to snapping and positively lethal after a few glasses of wine. According to Caitlin Moran (in a recent interview with Mia Freedman), they could also be putting us at risk.

“I don’t wear high heels – other than I can’t walk in them – because when I’m lying in bed at night with my husband, I know there’s a woman coming who I could rape and murder, because I can hear her coming up the street in high heels, clack-clack -clack.  And I can hear she’s on her own, I can hear what speed she’s coming at, I could plan where to stand to grab her or an ambush. And every time I hear her I think, “Fuck, you’re just alerting every fucking nutter to where you are now. And [that it’s a concern] that’s not right.”

We gave up corsets, petticoats, bustles and ruffs. We burned our bras until we realised (especially if you have biggish boobs) that they’re pretty much a necessity. Back in the 18th century even men weren’t adverse to a little heel, and platforms made a brief male comeback in the sixties. But most men (other than drag queens) don’t wear heels, so why do women?

Okay, so they make us a few inches taller and, yes, they’re often the only things that still help you to look good when you’re having a fat day. Some would argue that they emphasise our femininity (but I’d say that the likes of Audrey Hepburn and Marilyn still looked fairly female in flats).

So why the heel, when it’s so damaging, dangerous and downright silly?

The only reason I could think of is that women wear heels because we think men like them.

The media tell us that men think heels are sexy. Men find women more attractive in heels. Whereas ask any man and I doubt he’d give a Manolo about what you’ve got at that end of your legs.

Come on, sisters – a pair of Louboutins is not the way to a man’s heart or brain. And if it were, would he really be the sort of man you’d want anyway?

Women wear heels because we’ve been programmed to believe that, to look our best, we need to totter around in a pair of mini stilts. We need to disregard our discomfort and our long-term health for the sake of few inches and a sticky-out backside. Well, no. I refuse. My heel-wearing days are over.

So that night I threw my heels in the bin in front of my bemused husband, son and dog.

Later, when they were asleep, I got them back out and put them back in their special transparent box in my wardrobe.

I won’t wear them, of course not. I mean, perhaps I’ll try them on briefly when I want to feel a bit sexy. And maybe just wear them for really special occasions.

But for the sake of my soles and my soul, I’ll be sure to pack some ballet flats from now on.

What do you think? Are high heels foolish or fabulous?

This article first appeared in Discordia.