Guest post: Why use a proofreader or an editor? 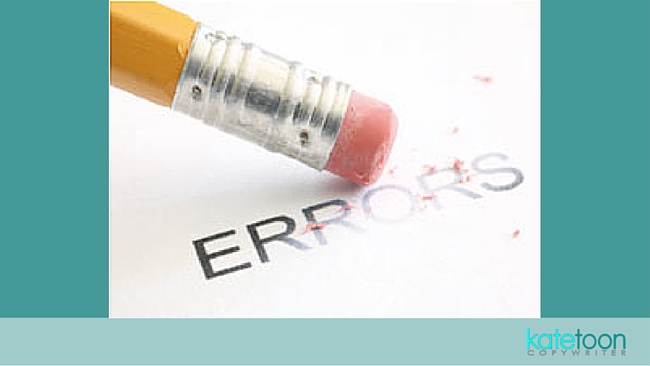 The post below is from my friend and colleague Trish Arnott – a fabulous proofreader!

A good proofreader will not only pick up any typos and inconsistencies, but will also be able to help you to avoid common word-choice errors. Some words are pitfalls and you should avoid using them unless you are absolutely sure of their meaning.

Guest post: Why use a proofreader or an editor? #proofreading #editing

One of my current rants is over the use of the word ‘enormity’. It’s regularly used in the sense of ‘really, really big’. The true meaning of ‘enormity’, however, is ‘outrageous or extreme wickedness’.  Enormity is truly dreadful. You may speak of the enormity of the Holocaust but I suggest that when referring to, say, traffic management, ‘the enormity of the problem’ isn’t an appropriate use.

Similarly, ‘anticipate’ is another word that’s often misused. ‘Anticipate’ and ‘expect’ are not interchangeable. I refer to The Economist Style Guide for my favourite example of the difference. “Jack and Jill expected to marry; if they anticipated marriage, only Jill might find herself expectant.”

Finally: ‘which’ or ‘that’? I find ‘which’ most often in legal documents and my guess is that the writers feel that ‘which’ sounds weightier than ‘that’. Again, I refer to The Economist Style Guide: “Which informs, that defines.”

Guest post: Why use a proofreader or an editor? @WatchMe56

Guest post: Why use a proofreader or an editor? was last modified: August 5th, 2019 by katetoon