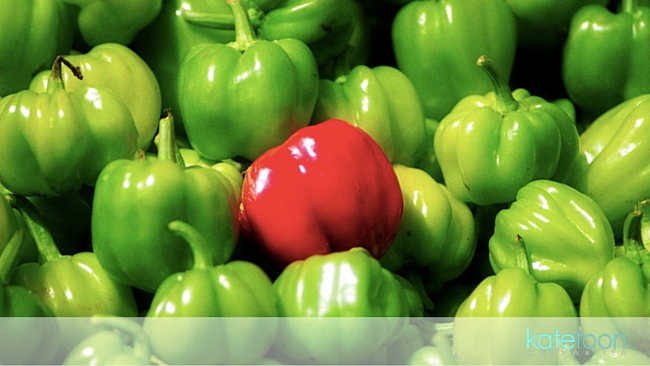 This is a guest-post from the Tom Albrighton, a fellow copywriter from the UK who has a knack for turning regular copy into something special.

Here’s his advice on making your copy snap, crackle and pop.

What makes the difference between writing and copywriting? There are as many answers as there are copywriters, but here are five of my own ideas on how to give an ordinary piece of writing a bit of extra buzz.

When Kate approached me to write this post, she mentioned that she liked the way my home page worked. Other people have responded to it positively too.

By contrasting ‘ordinary’ writing with copywriting, the content does what Luke Sullivan calls ‘dramatising the key benefit’.

The idea behind my home page is that choosing the best words can significantly enhance the effectiveness of a message or piece of marketing. But simply saying that would be fairly dry and uninvolving. Far better to find a way to show the audience, rather than telling them.

When you think about it, that’s how real drama works. If you watch The Godfather, for example, you don’t need a voiceover explaining that Michael Corleone is descending, step by inevitable step, into pure evil. It’s written in his face.

How do you achieve it? Well, that’s the real trick – and if I could do it consistently, I’d be working for much bigger brands than I do. The best I can say is that you somehow have to compare, contrast, link, invert, make it fresh or say it differently, or something else more inspired!

Closely related to ‘show, don’t tell’ is the idea of making the reader work. Not too hard, mind

– but enough to get them involved with your message, so they put in just a little time and thought. If you can get people to invest in the creation of meaning, they’ll get a much bigger return from it.

For example, think of all the times you’ve been sent wandering through your memories by something you’ve read, or a song you’ve heard. Actually, you’re doing it right now, because I just invited you to. By fusing my meaning with your real-world experience, I’ve made it much more likely that you’ll remember the point I’m making.

Getting this right is a question of balance. You don’t ever want to force it, or make the reader jump through hoops just to work out what you’re saying. But when it can be done naturally, as part of the flow of your writing, it’s hugely effective.

Imagine someone opening your direct mailing. They pick it up off the doormat and bring it back to the breakfast table. A headline on the envelope intrigues them. They open and begin reading. A few minutes later, they’re picking up the phone to place an order.

The reason why that last paragraph is so easy to read, so cognitively undemanding, is that it tells a story. And that’s something a lot of the best copy does too.

Stories work because they’re practically hardwired into our psyches. They’re how we learn as children; in fact, they’re how we learn how to learn. And right through into adulthood, there’s nothing we love more than to listen to a good story.

A story is as long as it needs to be. A 30-second TV ad can tell a story. Even an image and a headline can tell, or rather imply, a story. But equally, a 1000-word case study could be the right story in another situation.

The cliché says that a picture is worth a thousand words. But it’s still nowhere near as powerful as a mental image generated by the reader themselves. And you can only achieve that with words.

In fact, it doesn’t have to be a visual. Any sort of sensory-rich writing can have the same impact. Evoking familiar sights, sounds, tastes, smells or touches can all work in the right situation.

It’s a principle well known to NLP practitioners: concrete, sensory words are more engaging than abstract, intellectual ones. If I said that writing is like painting a picture, my concept is much easier to grasp than if I’d argued that all things are created twice, with the external, practical world mirroring the creator’s inner prevision.

Having said that, there’s always the question of appropriate tone. Some audiences, as a matter of taste, actively prefer dry, intellectual language – or need it. I edit a lot of academic papers, and the ideas they contain can’t be expressed with simple pictures. However, I do find that lobbing in the occasional sensory analogy provides some very welcome colour and mental ‘breathing space’.

Now, the look on the page probably won’t be down to you – it’s the designer’s job to choose fonts and colours that will (hopefully) put your carefully chosen words in the best light. But you can certainly control the sound and feel of the words by injecting a little poetry into your copy.

I’m not talking about anything obscure or pretentious – just a little more attention to sound, rhythm and ‘feel’.

One very basic poetic tool is alliteration: words that begin with the same letter. A lot of writers might regard this as a bit cheesy, but it provides a mental ‘hook’ for your meaning to hang on. An example is ‘A Double Diamond Works Wonders’ (D-D, W-W).

The next level up from that would be a rhyming slogan, such as the one UK supermarket Tesco currently uses for its home delivery service: ‘You shop, we drop’. And of course, there are many more subtle ways to make your copy sing rather than just talk.

Cheesy it may be, but if you want your line to stay stuck in the mind, rhythm and rhyme hit the mark every time.

Image courtesy of kkitsos at RGBStock 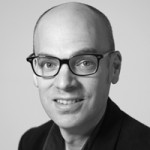 Tom is a professional copywriter, founder of ABC Copywriting and co-founder of the Professional Copywriters’ Network, the UK membership organisation for commercial writers.