Is buying likes for charity ethical? 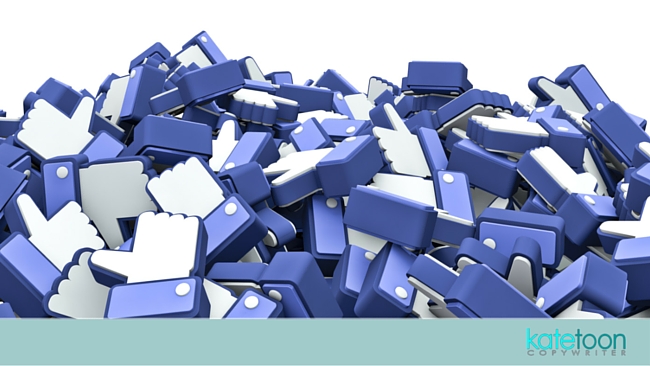 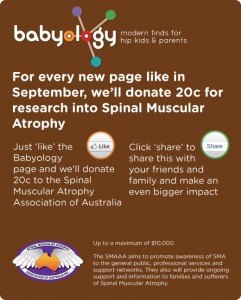 I spotted this ad on Facebook the other day from Babyology. Basically the idea is to exchange likes for donations.

You like their page in September and they give 20 cents to the Spinal Muscular Atrophy Association of Australia up to a maximum of $10,000.

Is it a clever social media strategy?

I certainly think this is clever in some ways. With CPC (cost per click) rates on Facebook soaring, 20 cents is a bargain. I don’t think they could get a CPC rate as low. Also, by associating themselves with this charity, they’re boosting their brand and showing that they ‘care’ – kind of.

At time of publishing they’d earned over 4000 likes – a 10% increase on their liker figures in less than a week. Not bad.

Or a cynical marketing ploy

Look, while I know that lots of business give to charity and shout about it to promote their brand, there’s something about this particular tactic that made me feel a bit icky.

Spinal Muscular Atrophy is a particularly nasty affliction (especially when it affects our children) so it’s sure to strike a chord with parents – their primary audience – but isn’t it a touch of emotional blackmail? And also a bit flippant?

They’ve had a bit of backlash through comments (now deleted) and answered with:

“We support a lot of charities and spend a lot of our own time and money doing so. However we also enjoy giving other people the opportunity to get involved and have received great feedback from our readers about the chance it gives them to get involved too.”

Hmm again, the whole ‘get involved argument’ is a little weak, taking less than a second to like an image is hardly getting involved. And although they’ve raised a fair old chunk for the charity, an individual donation of 20 cents is hardly earth shattering.

Scrolling down their Facebook page, I can’t see any mention of the charity. I hunted briefly on their website and found no mention of their association with them, no blogs, no logo, nothing. There’s a little bit of copy about the charity on the ad but no link to the site. So it all seems a little opportunist, but perhaps I’m just being bitchy.

For me, Social Media is about building long term relationships with customers and potential customers, about giving them direct and personal access to the brand, about ultimately keeping your business front of mind so that when that customer does want to purchase, they think of you.

20 cents per liker is pretty cheap, but will it ultimately be a case of quantity over quality? Too many brands (especially small businesses) play the numbers game on Facebook, watching the count of likers rather than the degree of interaction and the conversion.

I went from thinking this ad was genius to thinking it was a pretty awful in about five minutes, but hey, I’m talking about it and giving Babyology and Spinal Muscular Atrophy Association of Australia some free ‘airtime’, so I guess it’s a case of all publicity is good. What do you think?

Is buying likes for charity ethical? was last modified: August 7th, 2019 by katetoon